The Edenspiekermann office is located at Potsdamer Straße 83, on the fifth floor of what used to be a traditional newspaper building. The office stretches across a hundred meters of successive large rooms which all face west. The view, a roofline of six stories tall apartment buildings sitting flush to each other–typisch Berlin–is interrupted by the occasional gothic church, the Europa center and that couple of tall hotel and office buildings next to the Berlin Zoo. The kind of tall buildings that go from construction yard to downtown New York faster than a gentrifier’s wettest dreams.

The windows of the office, which in the summer contain the heat like a makeshift greenhouse, making workdays unbearable for two weeks in the year–the shared belief across Germany is that investing in air conditioning for these two weeks only is not financially efficient–allow plenty of sunlight to get in or just light, which is the case for the remaining fifty weeks of the year.

One specific part of the year, around March, the window and the outside view allow for an impressive phenomenon to whoever might be in the office at 17:45. The sunlight enters the rooms and starts burning the office white walls with their crimson-orange colour. From the inside part of the windows, everyone raises their head, as if the light made a noise coming in, and drop everything to watch this. Together with their social media followers.

The impressive thing is the duration of the effect. In the south of Europe, where I come from, the sun dips the horizon on an almost vertical angle whereas here in the north it chooses to glide towards the horizon in an almost parallel manner for a few more minutes giving us this extended sunset.

And due to the orientation of the office and the sun’s route, this happens only for a few weeks in March, right before the days start to get longer and warmer.Even though I now work in another company, still in West Berlin, I always catch myself around February thinking about this upcoming date. While it may already be brighter or warmer than the winter, I’ve been programmed by my first formative Berlin years to anticipate this specific time of the year as the tipping point between grey and green.

A good german friend of mine taught me one of the, embarrassingly few, german words I know now which is vorfreude: anticipate.

I can’t tell why of all the german words I’ve heard the last 5 years, this seems to have stuck with me but an explanation could be that this seems to describe how people function here. The stoic enduring of the harsh winter precedes the outdoor celebration of a mediocre summer, something that I’ve caught myself also do many times.This describes one aspect of Berlin I’ve come to understand but not identify with yet. Patience is a virtue which I’m still trying to grasp. 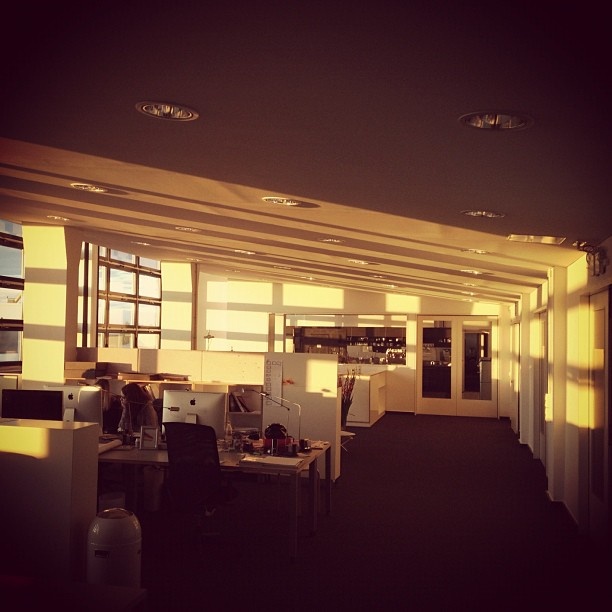